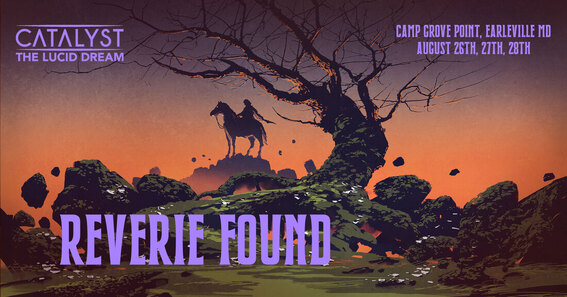 It was -in a sense of the long history of the Dream- the only real news everyone knew in 247 years.

Your vision begins on a cobblestone street. A lizard-man dressed in a nice-looking doublet walks along the road. He buys an apple from a market stall and pays with memory stones. Small wisps of magic that only you can see appear next to him. They read Lionder. He turns and takes a bite from the apple, then walks through the name without noticing as it fades away.

Lionder was of Fensali descent on his father's side with green scales and wavy brown hair. Outsiders unfamiliar with his species might describe his appearance as plain, even identical to many others of his kind. It wasn’t an uncommon perception either. Garials used the color and patterns of their scales to identify each other. Like human eyes, it was a most unique trait that had developed in their kind and no two were identical. Lionder's scales were dotted with flecks of golden spirals and concentric stripes of blue, similar to his father's but without orange undertones. Heritage and legacy had been on his mind all day, and Lionder could trace his back to the War of the Accords. When the kingdom of Fensalir was defeated in the middle of the war, his great grandfather’s platoon fled into Toxandri as resistance fighters. And when the war ended, they surrendered to the fledgling dreamwalker colony of Reverie. They were still being housed as prisoners of war and waiting to be sent home when the Flood arrived. Like many, they became marooned with no home to return, and the rest became history.

The sound of two people conversing loudly nearby woke Lionder from his thoughts. "I heard a rumor that the Beacon had been found. Do you think the Ashir are with them?" said one of the voices.

The other replied, "No, I think the officials would have led with that story if Chaos or The Prince were home. I heard the vessel was empty and badly damaged."

Lionder ignored them and continued along his path. As much as he would like to gather every rumor, he wanted more to reach the observation tower before it hit capacity. He rounded the next corner and was bathed in blue-white glow that came from an impressive wall of solid light. When the perimeter fence first went up, people complained about the “hum” as they called it. To visitors it only seemed loud when you passed through a gate and were surrounded by it on all sides. But to the locals it was oppressive and reminded them of the perils of the world after the flood. Lionder was born 220 years later and had lived all of his life behind its protection. To him the sound was invisible, something for the oldest members of the settlement to complain about. Well, them and anyone else who spent long amounts of time outside like the trappers, farmers, and ranger guards.

The observation tower was just ahead. It stretched up and up and up as Lionder stood in its shadow.

Nobody was trapped in the city of course. They could leave freely and plenty did, but there was no reason to expose yourself to the very real dangers beyond the perimeter fence. Lionder entered the tower and found the nearest elevator. Others followed and they were full to capacity by the time the gate was closed and the lift began to engage. It made a 'click-click-click whoosh' sound as it ascended and every so often a porthole on the exterior of the building would line up with the window on the door. Lionder followed the line of the wall as it fell away in the distance until nothing remained but sky.

Everyone pushed out of the lift and onto the windy deck. The City of Reverie stretched out behind him in all its grandeur as cultures, magic, and science wove a tapestry -interconnected stories of refugees and survivors that chose hope in the face of disaster. Most people were looking over Pennelegion Harbor and Lionder was lucky enough to hop on one of the binoculars mounted to the floor. He rotated it out to the water's edge to where the Unformed Dreaming settled like a great purple cloud that stretched up and up like a mountainous cliff. From a distance it looked peaceful, but through the eyepiece he could spot flashes of multicolored lightning and shadowy things waiting in the mist. Even from here, they made him shutter. Nightmares and stories. Lionder was sure he would never be in any epic stories or remembered by anyone important after his lifetime. Not that he knew it, but Lionder would be the first in all the city to spot it. He pointed to the great purple mountain and shouted, "There!" ~

The Unformed Dreaming parted and a dune buggy shot out into the sky.

It began to fall into the harbor as modified parts transformed into flight boosters and shot it back up in a blast of green and red flames. The radio in the cockpit cracked to life, "Dang-it we lost!"

Blue LIV grabbed the receiver and taunted, "That's one for me Junior. Maybe you will win the next race!" In the distance, the whole city was holding its breath. Several other transmissions and status codes created more noise on the radio and then there was a sudden silence as everyone stopped what they were doing.

The small hole in the unformed dreaming left by the dune buggy began to ripple and enlarge.

Spirals of astral chaos twirled and danced as stone and tree and field took shape. Impossibly, the island was tilted so that one might think they would tumble off the edge if they tried to stand on its face. As the floating island came to a halt with a hiss like a steam engine, the air pocket around it began to expand and react to the much larger landmass that now stood in its path. Then the unformed dreaming moved out further, escaping like a receding tide. As the clouds emptied from the space around the island, two more islands emerged in tow and then took positions like massive orbiting satellites that dwarfed the first.

Circles of magic began to form around each like a belt of ancient arcane sigils. They blinked red several times, then purple twice, then changed to solid green. On the bridge of the leading island, the Hope, a computer voice reacted, "Reverie Found. Welcome Home Dreamwalkers. Please move to departure pods. Cartographer module activated for landing." ~

Your vision shifts and you hear the voice of Väinämöinen in your ear. It sounds disconnected from the events around you.

"And in that darkness of nothing, what dreams may cascade until they are made real?"~

You see a snow globe with a corporate boardroom inside. A thin balding man in a plain grey suit, pale skin, and generic features addresses a group of empty chairs. He speaks with a monotone voice that is blank of emotion, "Members of Station 93, I am happy to report that customer retention is at an all-time high, but we are seeing some slip in overall quality and The Viewership is displeased with some creative choices. The lists in front of you will denote the performances in question. The Antagonist's division has been notified, but we may need to cause a Crossover. While these events can have unforeseen consequences for the Protagonists -even resulting in deletion, I can assure you that our IP will be stronger for it."

A voice from one of the empty chairs speaks, "I don't care what the Viewership thinks. What about the Anomaly? Is it a Duplication? You assured us that this Realm-Chain was secure."~

The snow globe vanishes and is replaced by towering brutalist architecture and neon billboards.

Mukai City was in an uproar for a week as demonstrations and doomsayers took to the streets.

You see graffiti that reads, 'THE SUN WILL PURIFY.' Corporate Security has cordoned off the area and two covered bodies and a dead holo-emitter are marked with evidence flags. A young investigator with a squared tie and an implant chip jutting out of his head takes notes.

PR representatives had taken to calling the inciting event 'The Shimmer' -a mirage created by a power surge that happened during a recent attack by an unnamed group of punks labeled as extremists. But the story was out. At least 50 known witnesses claimed to see a part of the dome become translucent with a blinding spot in the middle believed to be the sun. Several blurry photos had been circulated after the 3-second event, but these were quickly being 'debunked' as fake.~
Several other visions pass by in rapid succession.

You see a Royal Fey Carriage fly below the canopy of a mostly barren tree -large enough to cast a shadow on a city. It sprouts freshly grown silver leaves.~

A Locri fishing boat floats over picturesque water and then snatched into darkness by something below. ~

Two figures with masked faces meet on a dusty unpaved road and exchange a greeting, "In Service to the Once-Empty Throne."~

There is a loud popping of a champagne cork as Mundanians yell, "Happy New Year!" You get a strong feeling of Déjà vu...~

A commanding voice shouts, "Find that Leper. Bring him back alive! He took the big boss's Hellwargs and will answer to Rexx Congo."~

You awaken in a Departure Pod.