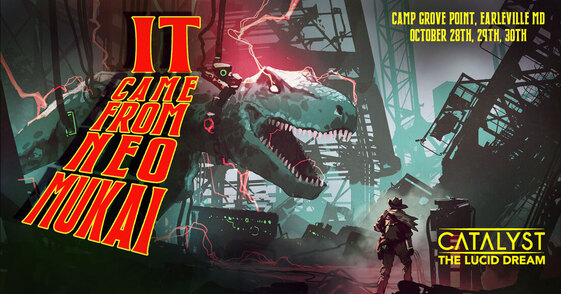 Sleep takes you to dreams of your present, past, and your journey, of your world and other realms.

These thoughts eventually depart and are replaced by the lucid visions of the Dreaming that calls you to it. You then appear to one another, taking forms that you see as yourselves. For some, this is a step into the great unknown which gives them pause. It's a moment long enough to see the world of Dreams with unburdened purpose, but one that separates them from the group that gathers and they end up elsewhere.
​
For others, this is a familiar feeling. These Dreamwalkers know the direction of the journey and recognize the summons of the Soulforge. They feel a play for power, a dance between two cosmic combatants that are identical in nature. One you recognize as Vex, while the other is obscured by bars of computer code made of spiritual energy.~

As you materialize in the Hope you see the visions and know that Väinämöinen is assisting.

Väinämöinen speaks directly, "I have shown the Soulforge where best to look, the rest is up to them. They still need practice."

In the first vision, a room constructed of blue and green light appears. You see computers and equipment displaying neon images along every wall in this vast space and recognize that you are in the Continuum. At the center of the room is an enormous model broken into a grid and dotted with miniature statues and figures that look like they are made of origami. At one end of this table sits 'Dreamer Zero' who is constructing complex daemons. Near to him are 4-armed marionettes with smooth features and no faces. They are tasked with folding miniature paper turtles only a few centimeters wide and then placing them in a bin at Dreamer Zero's side. He grabs a handful of turtles and places them like overlapping scales to form geometric shapes. The form of an angular quadruped begins to take shape, created from hundreds of tiny paper turtles that seem to shrink as he finishes each component.

A large screen appears floating in midair displaying a view of the physical dreamworld. A Shimin wearing a DynaSol Logo is standing at attention on screen. Dreamer Zero finishes shaping a pair of long golden fangs and then waves his hand and the project minimizes into a small box on the table while the marionettes move to their docks along the wall.

"Project director," the shimin begins, "we had an incident at one of the defense towers. Several Nightmares attacked from the north and breached the perimeter. They moved with purpose and acted like a cohesive unit. One even appeared to be healing the others. We were able to repel them and they retreated to an abandoned village nearby. We would like to pursue and put them down before they come back."

Dreamer Zero considered the request, "Action Denied Captain. It was a calculated risk that our activities would draw attention to those creatures. And it is a forgone conclusion that intelligence exists among them. If you are able to do your job and protect Project Garrison, then they are of no concern to our work. Unless this is your open admission to such inability to perform that function, this is a waste of my time and I will have you summarily replaced. I am sure that your commander will find better uses of your incarceration, if not working for me. Perhaps fertilizing a farm for Fungus Pharma."

"That won't be necessary sir. We shall double our efforts."

​Both the screen and the vision vanish.~

"Mister Grey, I'm telling you the Viewership will love this direction!"

An empty suit, worn by an invisible figure, gestures confidently as a masculine voice speaks. A smooth silver mask with a mirror sheen bobs in-time with the voice above where the neck should be.  "We are really missing out on the 16-24's. If we introduce a cult of wolf enthusiasts with a sinister purpose, and make one of the vampires immune to sunlight, then we can't go wrong. It is exactly the challenge my Talent needs. I will even oversee the Test Screening myself."

Their audience is a dozen other floating silver masks, and at the head of the table stands a thin balding man in a plain grey suit, with pale skin, and generic features.

He replies, "Make the cult lead by the vampire, and you have a deal. Who's next?"

"That would be me, Mister Grey." another one of the masks speaks up, but you wouldn't know at first if it wasn't bobbing. This voice also sounded smoother than the first, with a slight Texan accent. "Speaking on Talent, I'm going to level with you, because I have the leverage. The numbers are in all the devilish details. We're talking L.S.J. Their popularity has skyrocketed with the Viewership and just surpassed several of my other I.P. in the Realm-Chain."

"You have my attention," replied Mister Grey.

"I want to bring the series out of Syndication. We've had them in stasis since 87' and I am thinking we spin it, and tell the other side of the story. My Antagonist's appeal has real potential if we move him to the Talent pool."

A more feminine voice replies, "Successfully integrated without Deletion. The Viewership appreciates the change in formula, and everything is going as planned."

​"Excellent, I'll make the necessary arrangements for their Test Screenings, and Agent Dismay will oversee all three as he so volunteered just a moment ago with his own project. Meeting Adjourned."

You watch the world around you rewind to December 30th at 1:am EST, but you remain unmoved from your current location. You smell burning plastic and taste pickled beets.~

​A coin made of stained glass falls gracefully on a pastel floor but does not break.~

An Atlantean ship departs from Lebamos with the sails painted for the Tereshi Akhu - a frozen tower with a golden flame on a field of dark blue.~

"Good evening Dreamwalkers, this is the Hope's A.I. speaking."

"We have arrived at Fort Granite. While enroute we picked up two additional islands. If my calculations are correct..."

…and they always are…

"...these islands originated from Ogylos and Toxandri. Information on these locations will become available once you have established a basecamp."

"…assuming you don’t get delayed by traps again…"

"You will find a suitable location a quarter mile south of the drop-off point. Please make sure to collect all of your baggage when you depart."

"...I'm afraid I can't assist you with finding any emotional baggage, but it should also be removed from the area..."

"...and do note that whoever keeps leaving enemy remains in the basecamp modules, I was not created to be a maid...

...as I lack all of the necessary tools and a physical form....

"Please clean the modules before it returns to the Hope. Have a successful dream.”