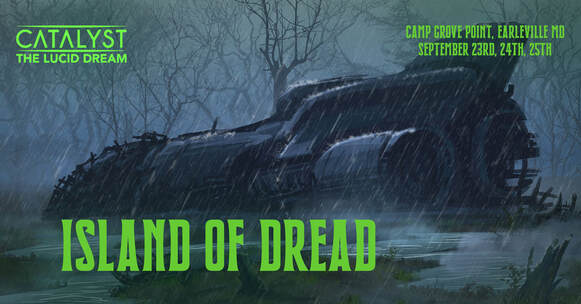 A sliver of moon barely lit the empty sky, save for a single pillar of smoke that rose from a bonfire.

Shadowy reptilian figures danced and the firelight moved with them as flickering reflections on their violet scales. They wore simple clothing and had adorned themselves with painted blue symbols that represented their strength and cunning. They sang songs of blood and shouted their tributes to the heavens over the sound of drums. “The Listener has answered our prayers!” shouted a voice. “A bounty of sky metal from the mists!” cried another.

The bonfire was erected on a small beach at the northern end of a vast lake which sat in the shadow of an ancient temple. The Tribe of the Talon had not built this temple, it had been there for thousands of years when the first of their clutch had become lost in the world of dreams. Generations had been born and died in this valley before the flood of great mists had surrounded them, and centuries had passed since then. A hundred generations total that were unchanging, even in their praise to the Listener of the Lake.

They were not the first to worship in this valley. On the abandoned terraces of the temple and in all the ruins that dotted the island you could still make out the carvings of horns and hooves, of satyr and faun-folk giving praise to their own gods. But the Listener was different. It still spoke with its followers in whispers. On the lapping waves at the water’s edge, on the water’s mist, and to the fishers in their handmade boats. It told them of dreams and nightmares, of far places and how to make the stones remember. The Listener did not command it's followers to build temples to its praise, but instead to forge weapons and tools far more advanced than their tribe had ever known. It gave all of this and only demanded blood in return. To pay this cost, the tribe would sacrifice outsiders, for there were others who dwelled in this place. Many were survivors who had become lost or stranded here. Most by chance, but some by choice.
​
A thrum of pressure broke the night. The dancing and shouts came to a sudden halt as all looked for the source. To the west, at the far end of the valley the mists began to quake and the Hope opened the sky. ​​In the forest, the eyes of ghosts watched the tribe gather their weapons and vanish into the night.

The vision fades and you hear a voice speak, "Now my nightmares are full of dreamers." ~

You see the cramped interior of a medieval-looking office that had an old rotary phone on one wall alongside several framed photos. The crest of the Avalon Ascendancy hangs behind the desk, as unblemished as the day it was made. It was a simple motif with a silvery blue diamond on a field of black and guarded on all 4 points by outward facing shields that matched in color. On the desk was several stacks of official looking papers, a ceramic cup that read, “Reverie’s Best Praetor” except the ‘Best’ had been crossed off and the word “Only” had replaced it in bright red. This was a particularly funny gift that the office’s occupant had received 20 years prior. In hindsight it seemed a little hasty of a present since everyone who had given it to him had since moved to more prestigious places.

Medecus Thorn was an old man well over a hundred with grey hair that was beginning to turn white and a matching goatee. He had done the job for a generous 70 years, the longest of anyone in the Ashir Order to be a Praetor, but he liked the work. For him, Reverie was where it all had started, and while the modern leaders were based in New Avalon City, he preferred the simple comforts of history, and Burgin Hall had witnessed much.

He continued to flip through the latest letters he had received before finally opening one that had a fiery cursive ‘0’ emblazoned on the front. He summoned his Soulblade in the form of a letter opener and then began to breeze over it.

“Dear Medecus,” he mumbled out loud, “We have… information regarding… appearance… dreamwalkers,” he tutted over several more sentences, then continued, “...prophecy… …spoken of the sword… dream again.” He raised an eyebrow and continued to mumble, “…come at once... …Oblivion."

There was a loud knock on the door and Medecus quickly tucked the letter into his robes. Then he loudly said, “Come forth.”

“At ease boy,” the old Praetor chuckled, “what do you have for me?”

Apprentice Vale spoke, “Sir, the outbound crew is ready to depart. Everything is on schedule for our rendezvous with the Dreamwalkers at Fort Granite.”

“Good. Good! Say Apprentice, how long have you been serving me now?” the old master questioned already knowing the answer.

“I have some other business to attend to and I am getting far too old to lead these little maneuvers myself,” he said as he moved to grab his traveling coat.

“Let us put you in charge for this mission. When you return, and successful at that, we shall consider it your final test to earn your goblet... and the rank of Consular.”

The apprentice nearly leapt out of his armor with happiness as spirals of chaos swirled around his fingers.

Lastly, Medecus remembered, “And why don’t you take the new recruits with you. I think one of them might help us bring some dreamwalkers back into the fold.” ~

Your vision fades and you hear a stern and zealous voice say with certainty, “You stand before Ma’atkara, the vessel of the Akhu. For what purpose have you grasped and groveled your way from the squalor of Port Sanguine.”

A flowery voice with a slight seafaring accent replies, “I bring you tribute. A dagger used to pry the truth of a Neteru’s …blessing. A great treasure that dwells in a place that a lowly wretch like myself could never assail by himself. I seek only to trade for fortunes and glory.” ~

There is a loud popping of a champagne cork as Mundanians yell, "Happy New Year!" You get a strong feeling of Déjà vu... again. ~

“We are here.” says a voice as static and a shaking black and white image of a ferris wheel fades onto screen.

“Live at the time of this recording,” another voice cuts in.

​Then the first replies, “At the oldest abandoned amusement park in the tri-state area. The site of several bizarre and disturbing disappearances.”

The second voice continues to hype the first, “And we are going to find out.”

“Or be found out brother.”

“In this episode of Phantom Finders.”

Then they both shout, “The TRUTH is somewhere!” ~
​
Finally, you awaken in the dream...