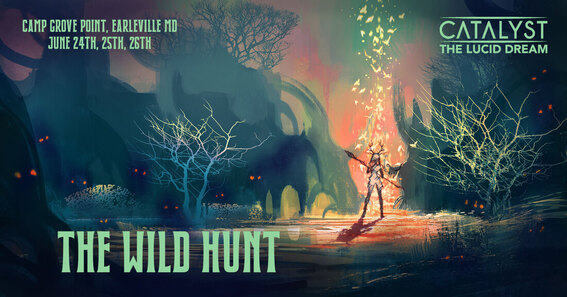 You begin to hear different voices as Vex the Soulforge calls to you. It's a curious phenomenon of dreamwalking that reminds you of overhearing conversations on a busy neon street or rumors at a local juice bar.

A somewhat pompous voice declares, "That light in the sky has vanished, but I’ve mapped it precisely! I’ll get it to the dreamers as soon as I can. Yes of course it’s all in good will! No, I’m not going to charge them! The Cartomane is a name you can trust.”

A different voices rushes to speak, “She’s going to kill me if she finds out I have lost my ring during that earthquake. It’s got to be here somewhere. I’ll check the dock. You look by the boat, and you can have my father’s magic sword if you find it.”

You hear the sound of seagulls behind the third, “He was right next to me digging graves a second ago. Now he’s gone. It couldn’t have been husks. They are not quiet or easy to miss. You don’t think it was the um... the.. Bleakfall’s Devil ....do you?”

A familiar voice says, “My games of chance were a smashing success! Although they won the grand prize against all odds. I will have to find something special for the next raffle. It’s exciting to meet unfamiliar faces …and their unfamiliar currency. Some of these gemstones contain ancient memories from across the realms.”

An enchanted voice remarks, “I swear it was Pakhet. I’d recognize Nagada Hieroglyphics anywhere. They were a fascinating culture and we have so little literature about them, even before I was trapped on this island. YES. Hold me closer to the text.”

And finally someone says, “Don’t go out at night. The lookout’s saw seven spectral hunters headed towards the new island with that beacon! Do you think it’s calling to them?”

Your vision comes into focus as other haunting instruments join in. You are looking down at a pair of hands as they unroll handmade paper on a wooden desk and weigh it down with small golden trinkets. They take out a nice leather case and remove a fine looking ink pen and an inkwell, then begin to draw. First they draw a small island and sketch out details of ruins, a hunting lodge, and a tower. Once they finish, they label it Beacon and tear off the piece.

They clear the desk and then pull out a nice leather-backed scroll. You can make out maybe two dozen other torn pieces of paper that are held in place on the scroll as they unroll it. The figure snaps their fingers and the new piece of paper jumps to the surface and begins to orient on its own. Then a red dotted line forms between the new piece and two others labeled Bleakfalls and ​Hope.

Then the vision changes.

Like static on a radio, the piano fades and is replaced by the quiet rumble of thunder.

The air becomes thick with humidity and the smell of blood fills your nostrils. An ancient forest appears under the cold light of the moon where for ages there dwelled gigantic beasts who owe their allegiance only to the Erlking. For a hundred generations villages lived in harmony with nature, but as time went by most of the primordial forests were destroyed by people. All that remained for a time was Arcadia where only demons and gods may walk.

An ocean of otherworldly fog sits above the canopy.

The mists of the unformed dreaming ebb and flow over part of the forest here. It drips down to the ground -an oozing nebula of starlight finding invisible paths of little resistance. As you step into the darkness of the forest you see curious spirits in little motes of light react to your presence. As you follow the scene of blood you begin to see it's pools reflect the little forest spirits that walk with you, however they all stop short of a clearing.

From a dark void in the forest you hear the gnawing sound of a beast devouring it’s kill. Your eyes adjust to the pitch black and the silhouette of a great stag takes shape on the ground before you. It lays broken and motionless in a pool of golden blood. A shadow burrows it’s head into the carcass as it devours it’s kill, but you can only make out a tiny fringe of mangy dark fur. There is rustling in the forest to your left and right that draws your attention and the light spirits shutter and hide. When you look back, the great stag has been abandoned.

A pair of cruel green eyes appear like two points of light.

You hear a voice that seems to come from all around.

​You feel Vex begin to shutter with fear.

"Spy on me all you want. It will not change a thing," the voice growls.

"The world of kingdoms is no more. Nightmares roam the world again. And the wild hunt runs free." Your vision starts to back away slowly from the clearing and the soulforge begins to make a panicked sound of wild drums.

"Soon a mantle will be mine, and I, the World Eater will become the Erlking once and for all."

The eyes vanish and you hear the baying of a hunt beast as the rhythm of the Soulforge's panic increases.
​
Blinding blue lights in the shape of people suddenly burst into the clearing. Your vision turns to skitter down the path as fast as it can, and Vex looks back several times to see the figures in pursuit, but the soulforge is faster and you lose sight of all but one of the luminous beings.

Ahead there is a clearing. Then a door emblazoned with wolves. Your vision slams against it and the drums stop.

You awaken in Ambrosia.